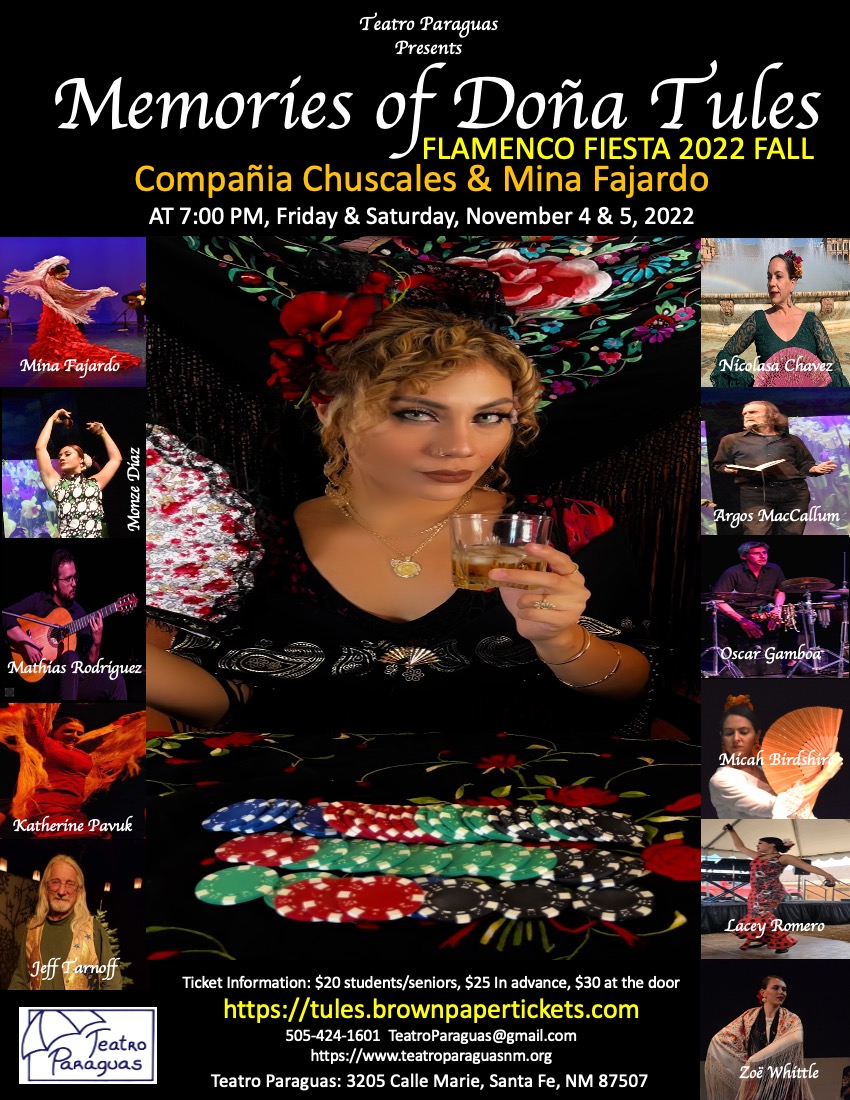 Doña Tules was a prominent saloon owner and professional gambler in Santa Fe during the heyday of the Santa Fe Trail. She was born in the state of Sonora, Mexico, around 1800 to prosperous Spanish ranchers. Little is known about her early life, but she was well educated  learning to read and write. Shortly after Mexico won its independence from Spain in 1821, Maria and her family moved to New Mexico territory, settling in Tome, a small village about 30 miles south of Albuquerque. On June 23, 1823, she wed to a prominent man named Manuel Sisneros in Tome.  Barceló retained her dowry, her own property, and her maiden name.  The couple would soon have two sons,  both of whom died in infancy. Maria later adopted two daughters.
In 1825 the couple relocated to the Santa Fe area and established a gambling hall at a mining camp in the Ortiz Mountains.  She moved to Santa Fe in 1835, and opened a hotel and casino on Burro Alley, signing the deed with her own name and excluding her husband from the transaction. The luxurious casino quickly became a favorite of Santa Fes socialites, and travelers on the Santa Fe Trail.
She befriended  Manuel Armijo, the last Mexican governor of New Mexico, as well as General Stephen Kearny and various officers of the American army which invaded in 1847.  She became an American citizen in 1849, died in 1852, and was one of the last people to be buried in the south chapel of the St. Francis Cathedral.  Her flamboyant nature, shrewd business acumen, personal connections, and influence has made her a legendary figure in Santa Fes history.

Memories of Doña Tules is the creation of Mina Fajardo, a singer-songwriter, master dancer, choreographer, teacher and director originally from Japan.  Chuscales, a composer and virtuoso guitarist and a native of Antequera, Spain, grew up in a traditional gypsy family well known for its professional musicians and dancers. His grandmother was among those who lived in the caves of Sacromonte, one of the legendary cradles of flamenco. Together, Mina and Chuscales have performed for decades internationally, and have inspired and taught hundreds of flamenco students.